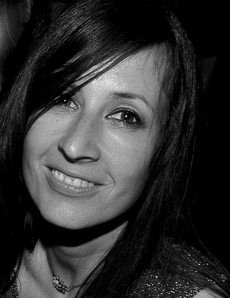 After studying film and theatre at the Humboldt Universität in Berlin, Tanja Meissner started her career in 1995 as a PR agent mainly working for festivals like Berlin, Cannes and Vienna.

Until 2000 she was an assistant to Wieland Speck, head of the Panorama section at the Berlinale. In parallel she worked in the press and guest office at the Viennale and as a freelancer doing international PR for various films selected in Cannes and Venice.
In January 2001 she moved to Paris and started working as a sales agent at Celluloid Dreams'.
Since 2007 she's the head of sales and acquisitions at Memento Films International.
Launched at the 2005 Cannes Festival, Memento is a select sales company designated to track and accompany high-profile, director driven independent films. We choose only 8 to 10 projects a year and can offer tailor-made synergies and business expertise. We also act in production and in French distribution, according to the specific needs of each project. We have recently worked with renowned and award-winning filmmakers such as Nuri Bilge Ceylan (Golden Palm for WINTER SLEEP in 2014), Asghar Farhadi (LE PASSE, A SEPARATION - Golden Bear in 2010) , Laurent Cantet (THE CLASS - golden Palm 2008), Pawel Pawlikowski (IDA, WOMAN IN THE FIFTH) as well as Bruno Dumont, Xavier Giannoli, Dominik Moll, Jim Mickle, Kelly Reichardt, Ramin Bahrani, Jia Zhang-ke, Ursula Meier and Olivier Assayas.

Our most recent success is STILL ALICE by directors Richard Glatzer and Wash Westmoreland for which Julianne Moore won the Oscar and Golden Globe for best actress.
Memento’s dynamic team is devoted to promote rather than only sell with a maximum of commitment. Whether it is high-end arthouse fare or cutting-edge projects from emerging talents, we take a close look on the originality of the plot as well as the cinematographic vision of the director.