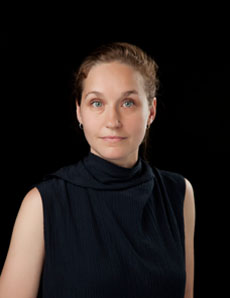 Rebekka Garrido started as international sales agent at The Coproduction Office in Paris. After working as a post production producer at Elektrofilm in Berlin, she co-founded The Post Republic and remained managing partner until 2014. In 2014 she founded Manderley Films a production company focused on international feature films.
Rebekka Garrido has co-produced amongst others Bence Fliegauf's JUST THE WIND. The film won the Silver Bear (Grand Jury Prize) at the Berlin Filmfest 2012 and Emir Baigazin’s HARMONY LESSONS (Berlin Silver Bear 2013). From 2015 on she will head Connecting Cottbus as Artistic Director.