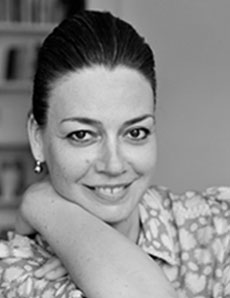 1995 she graduated from her studies of comparative literature, romance languages and literature, and art history.

Her first steps in the theatre scene were jobs for various theatrical plays in Munich, the Sommerszene Salzburg and the international tour of the Hebbel Theater Berlin (Doctor Faustus Lights the Lights, directed by Robert Wilson). This was followed by various film traineeships at Olga Film, Claussen+Wöbke, and Hofmann&Voges in Munich.

In 1998 she became personal assistant to Thomas Wöbke .

From 2000 to the present she has been head of the story department and project development at Claussen+Wöbke+Putz Filmproduktion. As a producer, she was in charge of the projects Maria, Ihm Schmeckt's Nicht! (Wedding Fever in Campobello,2008) and Zimtstern und Halbmond (Home for the Holidays, 2010).