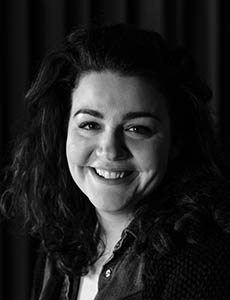 Franziska Sonder attended the German-French programme Atelier Ludwigsburg-Paris at the Ludwigsburg Film Academy and La Fémis in Paris, she participated in the Ex Oriente development programme (focussing on Eastern European co-productions), she was among the participants in Eurodoc 2018, the Rotterdam Lab in 2019 and Emerging Producers 2022.

Franziska Sonder funded the production company Ensemble Film and works as a producer in Zurich. The first released short THE GAME by Roman Hodel premiered in 2020 at the 77th Venice International Film Festival and the 360 degree documentary CAVES by Carlos Isabel Garica in 2021 at VR Expended at the 78th Venice International Film Festival. DIDA by Nikola Ilić and Corina Schwingruber Ilić won the audience award at Dok Leipzig and the Zurich Film Prize 2021. LOVE WILL COME LATER by Julia Furer won the Swiss Film Award for best diploma film in 2022.