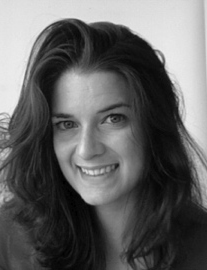 Daphne Tepper is Policy Director at UNI MEI, the division of UNI Global Union representing workers in the media, entertainment, and arts. She is based in the regional office of the organisation, UNI Europa, in Brussels.

UNI MEI brings together globally over 140 unions and guilds in over 70 countries representing staff, freelance, independent and contract workers. UNI MEI caters to the special concerns of unions and similar associations whose members are engaged in film and TV productions, broadcasting, entertainment and the arts. Daphne is responsible for the coordination and implementation of projects and campaigns. For the last five years she has been in charge of the sector projects in the field of gender equality and diversity, involving a broad partnership of industry stakeholders (trade unions, public and private broadcasters, independent producers, etc.). Before joining UNI MEI, Daphne worked for the European Commission; advocated for the arts sector towards EU policymakers; and coordinated international partnerships in the justice sector. Daphne holds Master Degrees in political science and public international law from the Université Libre de Bruxelles.