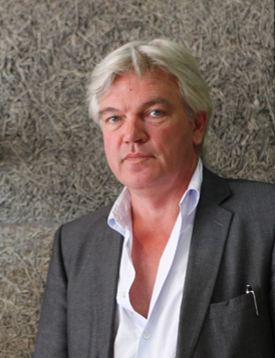 Heino Deckert has studied law in Berlin and was a student at the German Film and TV Academy Berlin (DFFB). Upon graduating in 1991 he founded the production company, Ma.ja.de. Filmproduktions GmbH.

Heino meanwhile produced more than 100 award-winning documentaries for Ma.ja.de. Filmproduktion. His coproduction “Rabbit á la Berlin” by Bartek Konopka got nominated for the Academy Awards 2010. He produced “Vivan Las Antipodas” by Victor Kossakovsky, which was the opening film of the Venice Film Festival 2011. In 2013 “Song From the Forest” by Michael Obert won the main award of the International Amsterdam Film Festival (IDFA). “Human Flow” by the artist Ai WeiWei opened in Venice competition 2017, is sold by Lionsgate and was shortlisted for the ©Oscar 2018.

The catalogue of his sales company Deckert Distribution includes titles like Emmy Award winners Miners Shot Down (2015) and No Burqars behind Bars (2014) and The 3 Rooms of Melancholia and most of the documentaries of Sergei Loznitsa.

In 2005 Heino founded Ma.ja.de. Fiction and produced his first feature film with documentary filmmakers Peter Brosens and Jessica Woodworth. The film “Khadak” was premiered in Venice 2006 and won the Lion of the Future. The first feature film project by documentary filmmaker Sergei Loznitsa “My Joy” had its premiere in the Cannes competition 2010. Also the second feature by Sergei Loznitsa, produced by Heino, had its premiere in competition in Cannes 2012. “In the Fog” won the Fipresci Award. He just finished Sergei Loznitsa “Donbass” which premiered in Cannes 2018 and won the award for best director in the Un Certain Regard competition. In Venice 2018 “Adam & Evelyn” by first time director Andreas Goldstein and “Aquarela” by Victor Kossakovsky had their premiere.

Heino is part of the pedagogical team of Eurodoc, an European educational program for producers. He is a co-owner of Pluto Films, a sales company for fiction films and has shares in Blinker Film in Cologne.