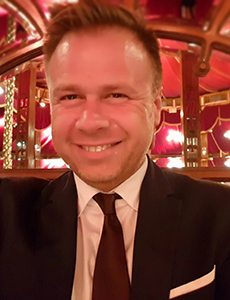 Having worked extensively with prominent filmmakers such as George Lucas, James Cameron, Steven Spielberg and Ridley Scott, to name a few, Martin is considered one of the trail blazers who pioneered content storytelling via multiple mediums, using data as a storytelling device.

During his tenure as the head of Global Creative Content, he has spearheaded many Award-winning campaigns for Twentieth Century Fox. He also personally produced, directed and written standout creative, such as the Coke Zero TV commercial and "Planet Pandora" documentary for "Avatar", collaborated with Steven Spielberg on producing a different international beginning for his film "Lincoln" and wrote, directed and produced "Jarred", a short film that closed the Venice Film Festival Short film competition and went to numerous other film festivals.

He now advises storytellers and marketers around the world.