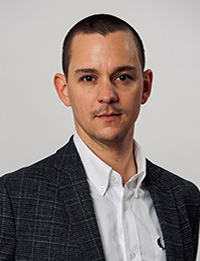 Andreas Bareiss, JD, joined Gaumont in 2018. As Executive Vice President Business Affairs & Operations of Gaumont’s German branch he oversees all business and legal matters from development, through financing, production and distribution. Andreas is also heading Gaumont’s Berlin office. Before joining Gaumont’s German senior management team he was a partner of a media law firm, leading the firm’s Berlin film department and advising national and international clients over 10 years on media and entertainment law, particularly in all matters relating to the film and television industry. A selection of the film productions in which he was involved can be found on the Internet movie data base IMDb: http://www.imdb.com/name/nm7191362/.

Andreas is, amongst other things, vice-president of the French-German Film Academy (founded by German Chancellor Gerhard Schroeder and French President Jacques Chirac) and regularly teaches on media and financing related topics, inter alia, at the Film Academy Baden-Württemberg.

Andreas completed full curricula in both German and French law at the Humboldt University of Berlin and the University of Paris II. He then studied film production and distribution at the Film Academy Baden-Württemberg (Germany), La Fémis (Paris) and the National Film & Television School (London). He is a graduate of the German-French Atelier/Masterclass Ludwigsburg/Paris. He has done his juris doctor degree about data protection and US civil procedure law. Furthermore, Andreas is a certified business coach (E.C.A.).