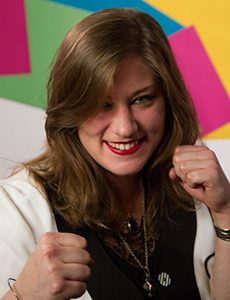 I was born on March 19th, 1988, at Neuilly-sur-Seine. I spent my childhood and youth in different parts of metropolitan France and French overseas territories. I obtained my baccalaureate at 17 and then graduated with a Bachelor's degree in Cinema from the University of Paris VIII at 20. I then obtained a degree in Cinematography and Camera at the university Jacques Prévert, while working as a video reporter for Trace TV, where I learnt and practiced framing and camera operating, as well as lighting, editing, and interviewing. Following this degree, I worked as a first assistant director on documentaries and produced a few other feature films with Tainos Production and Nessva Films. At 23, I was asked to be the executive producer of my first feature film entitled "When the heart just stops", now titled "Junk love". Unfortunately, the film has not yet been released due to different reasons (financial in particular).
In the last two years, I have been preparing my fourth short film "The 5th season", a project with regional funding from Poitou-Charentes, which I am currently shooting after having taken care of the funding and the logistics of the production process.
Thanks to these experiences, I have come closer to being a producer and I now wish to focus on this goal.